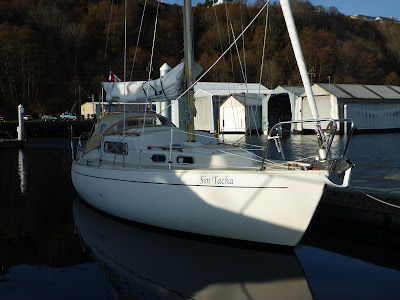 She's the perfect small cruiser for these Pacific Northwest waters for a couple to cruise on, and yet is very easily managed as a single hander. And she loves to sail!

We bought her in Nov. 2005 and have been steadily upgrading her ever since. There is a link to a slide show of "improvements" in the right hand column.
Posted by Mostly About Boats. at 10:19 PM No comments:

The "BLACK FLY" Dinghy 1: from Plans to Framing 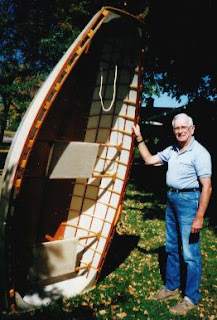 
The Black Fly is a Platt Monfort-designed Geodesic AiroLITE skin-on-frame dinghy that is 8' long and only weighs about 28 pounds.


My present dinghy, an Eastport Pram, weighs about 75 pounds, so this new one should be a lot easier to lift on deck. The Eastport Pram costs about 1/2 knot in boat speed when towing, so maybe the new 'Fly will tow more easily!

There is also a Yahoo Group for Geodesic AiroLITE Boats. 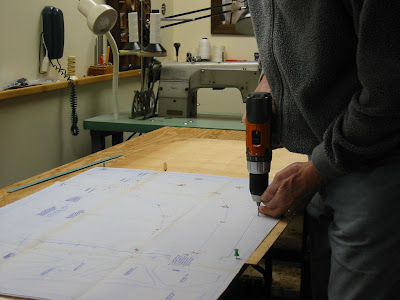 Before I started to build, I read over the plans and instructions carefully. The plans included full-size layout  half-templates for the building frame stations. The plans were tacked over a 1/8" piece of plwood, and very small holes drilled at each point along each building frame station (and the transoms), then the 'dots' joined, showing the frame outlines.

The frames were sketched in on the back of the plywood also. This gave me a 'left' and 'right' template for each frame, ensuring symetry was kept. 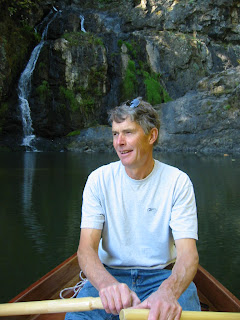 Welcome to my site!

This is the place where I'll post information on the projects I'm working on, about boats of course !

Peter
Posted by Mostly About Boats. at 2:32 PM 2 comments: