The Albin Ballad engine lives in an enclosed fibreglass box under the cockpit floor. The lid is a two part affair that seals against the engine bay pan. The forward section holds the companionway stairs, with a small storage box on top. Both sections are tied down, and together, with rubber hood latches. 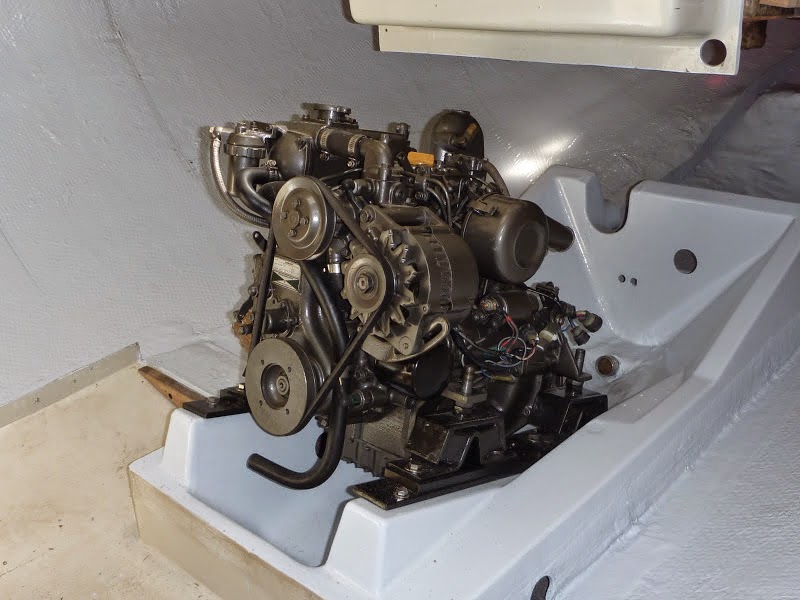 Both pieces slide forward off the engine pan into the main cabin. For checking fluids and doing oil changes only the forward part needs to be removed. With the removable cockpit side panels installed during the restoration, there's 360° access to the engine and gearbox, albeit somewhat cramped. 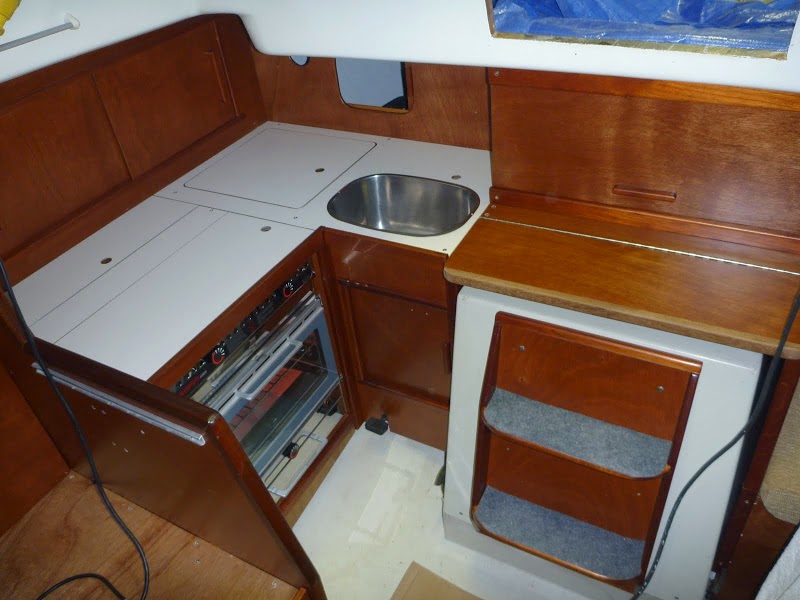 My latest project has been to reduce some of the noise coming through the engine box housing the Yanmar 2GMF 20 Diesel.
I've used 1" (25mm) sheets of Foam Sandwiched Mass Loaded Vinyl Barrier with a vapor barrier on one side. I used these directions as an installation guide.
Cardboard templates were made for each piece, allowing for the actual thickness of the material. 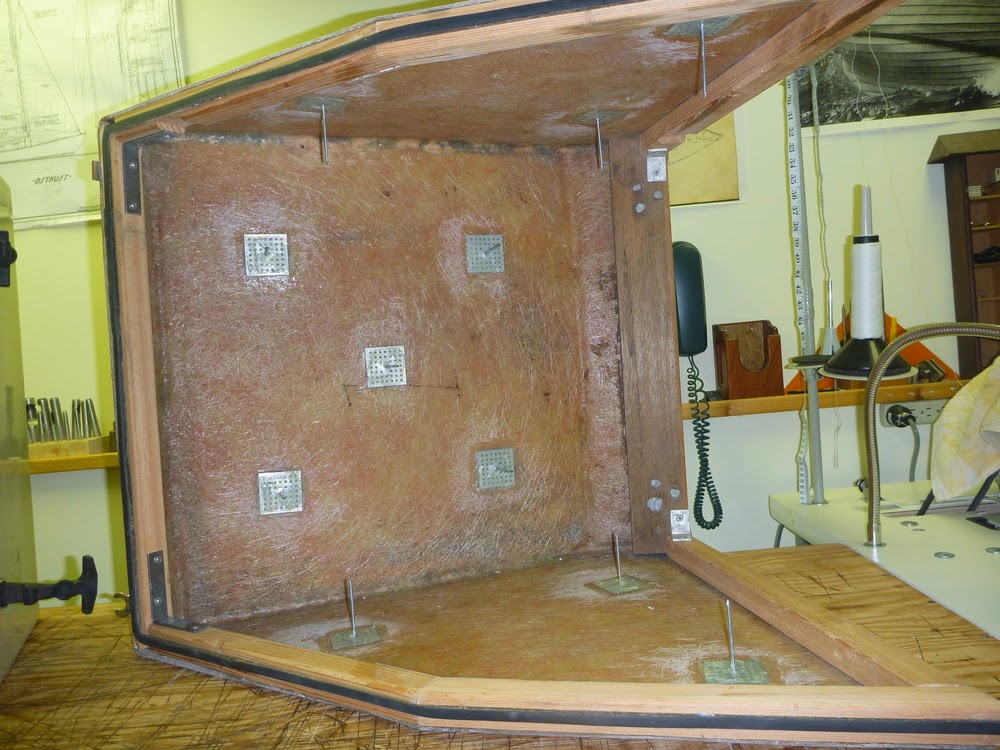 All insulation seams and edges were taped with HVAC aluminum tape.

This sound deadening material adds a bit of extra weight to the two-piece box, but this only proved an inconvenience when transporting it to the boat and lifting the pieces through the companionway opening. 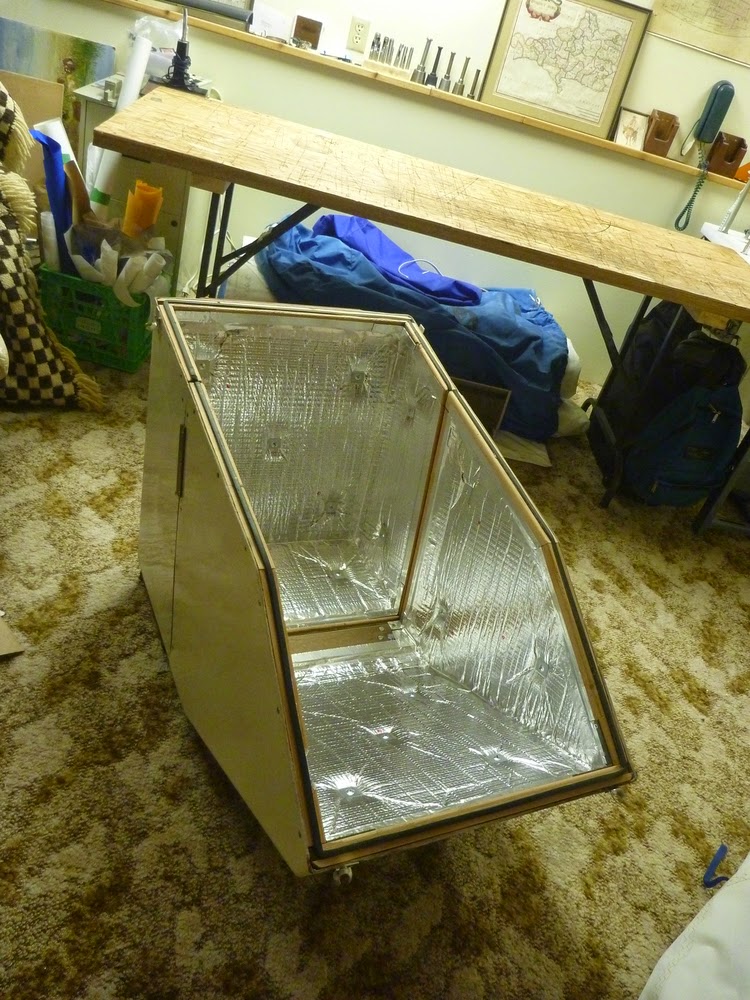 The Yanmar has a fuel filter bolt protruding on the starboard side, so a notch in the wood frame on the forward box was needed to allow fit. Other than that, once inside the cabin, they're relatively easy to slide into place. 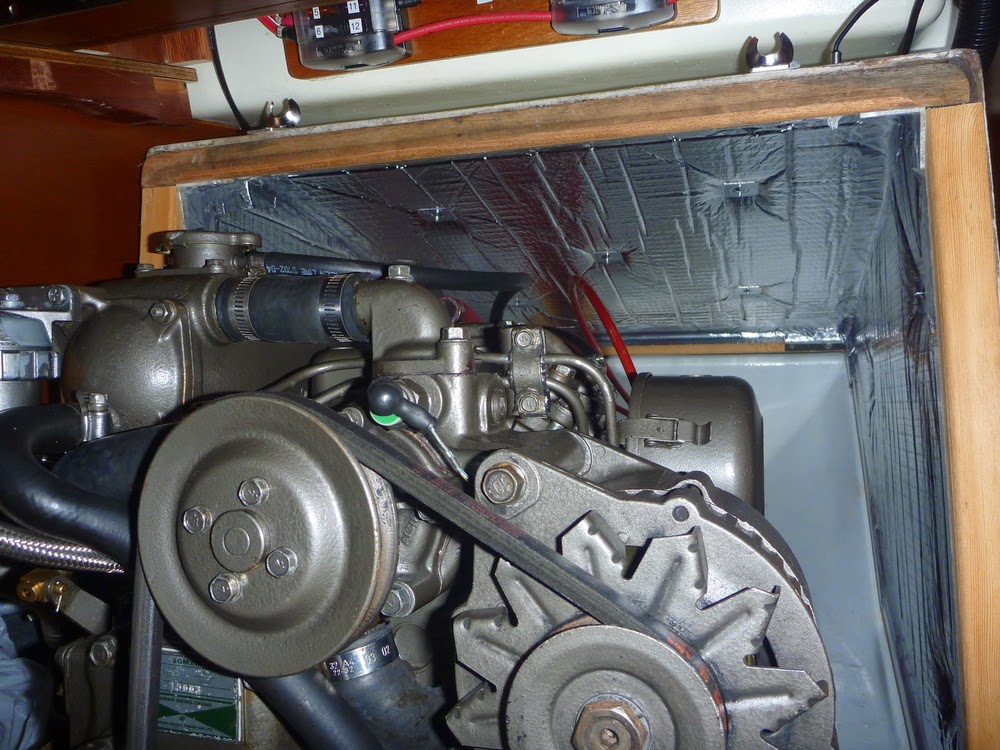 Being concerned about possible heat build-up in the engine room, I've installed a remote heat sensor on the inside of the box.
I've only run the engine at the dock, but noticed an immediate reduction in noise. Next job is to test it under way, with the Admirable along for a second opinion.  :)
Posted by Mostly About Boats. at 6:00 PM No comments: