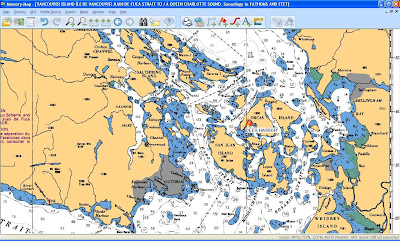 
Our gracious and hard working hosts were VEGAtarians
Sheila Gaquin and Howard Barbour, of Deer Harbor.
Thanks !!!!

The weather was great and a total of fifteen people participated in eight boats, four of them Vegas. "Other" boats included:
Brian and Diana Hoffler in their Wauquiez Centurion 32 "Simply Super"
Caesar Paul and Dick Hammer in a Rhodes 22 "Gentle Breeze"
Sheila Gaquin and Howard Barbour in their Mercator 30 "Eileen B"
Gloria and Jim Elder in their Ericson 35 "Gloria Jeanne"

The event kicked off Friday evening with an excellent dinner at the Deer Harbor Inn Restaurant , which was only a short walk from the marina. The food was excellent, and the company outstanding! 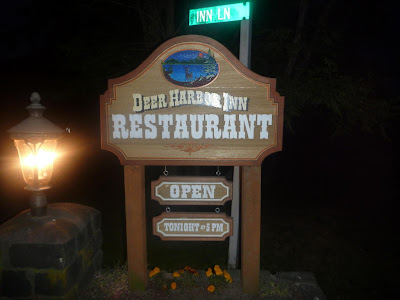 Saturday was spent boat noodling, dinghy sailing, and general socializing around the docks.

Saturday evening Sheila shuttled us up to the Community Center for a Potluck and BBQ. Again, boat noodling, eating, and relaxing were the order of the day. 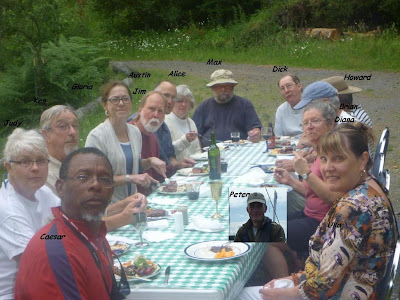 Around the table (insert=camera person)

Sunday found the whole group rowing over to a nearby dock, then walking up to Sheila and Howard's for a delicious brunch ... which lasted until well past noon! 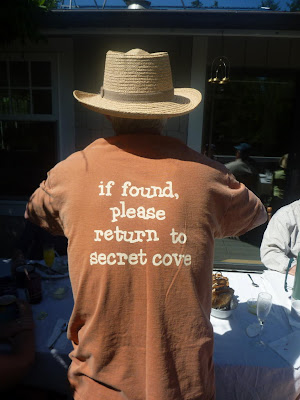 At the brunch we discussed possible times and locations for next year's PNW Rendezvous, and even the idea of adding a second destination for the die-hard sailors in the group. This second destination is a secret, but the photo above gives a good clue!﻿

Later in the evening the whole marina, and dozens of other boats at anchor, were treated to a July 4th fireworks show launched from a nearby anchored barge. Sorry, no pictures :-(

Monday morning the participants all went their separate ways, some towards home, and others outward bound for more cruising.
Posted by Mostly About Boats. at 9:01 PM